from Night of the Soul by RadioSpiral Artists 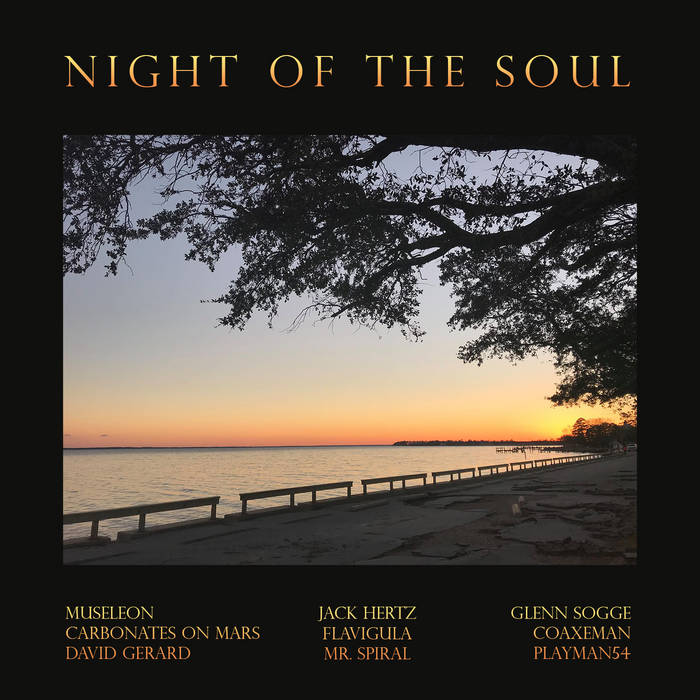 Predictability – It’s coming up to Christmas and like most people here we’ve already had at least a month and a half of Bing Crosby’s ‘I’m Dreaming of a White Christmas’ piped in every shop I enter.

Hooray! At Water’s Edge is challenging artists to create a winter song without all the bells, whistles, sleigh rides and other typical Christmas sounds.

Time for a reimagining of the sound of cracking ice. (Slow Cracking Ice by PhilllChabbb on Freesound freesound.org/people/PhilllChabbb/sounds/268862/ )

As I work with mostly one field recording as the primary sound source to create sound pictures, after processing the results can be surprising. What emerges also shows how my mind can hear strange things and my imagination sees not your usual sound worlds as a result.

On Icebugs I imagined a soundworld where a mass of tiny plankton float in an arctic sea. Some glow in the dark, others emit electrical impulses. Some rattle, hum, click, pop and boing and as most of my tracks are best listened via headphones and if you listen carefully, there is a mass of life teeming just under the ice shelf.

It’s as Christmassy as I get.

Season’s Greetings to you all.