from Something Fishy by RadioSpiral Artists 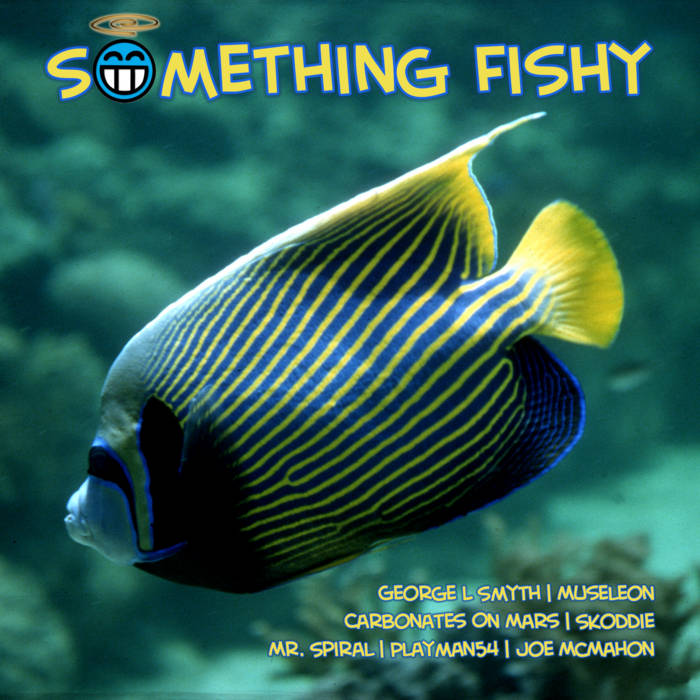 Originally from Joe McMahon's OCEAN MUSIC, released in 2009, this track so perfectly met the terms of the challenge we decided to include it in the album.

Joe's notes:
"This is all Ensoniq SD-1 through the Vortex, set to the BLEEN effect and cranked all the way to its maximum. That's what makes the ascending inharmonic notes from the marimba strikes. It takes advantage of the fact that the SD-1 has a tuning table feature that lets me tune everything to a Balinese pelog scale (also used for Pemungkah on Beneath Stars). I purposely overloaded the synthesis engine on the SD-1 to force those backward-sounding tones - that's actually the SD-1 going into voice-stealing mode and cutting off earlier notes. That is being processed through SHIMMER to throw it randomly around the stereo image. This track was composed using the "blind take" method I used for several tracks on Ocean Music: record a track, mute it, record another, and so on, slow everything down to maybe half the original speed, and then listen to the final result, replacing anything that didn't sit right with a new take, again done without reference to anything but memory."

from Something Fishy, released March 2, 2019